In terms of Section 12 of the Companies Act, 2013 (CA 2013), every company registered under the provisions of the CA 2013 or any other previous company law, within 30 days of its incorporation and at all times thereafter, needs to maintain a registered office (RO) capable of receiving and acknowledging all communications and notices as may be addressed to it. The said Section further provides that a company should:

In the recent past, several cases have come in the limelight where the Ministry of Corporate Affairs (MCA) have found that a lot of companies appearing in their database are non-existent at the registered office addresses furnished by them on the MCA Portal and/or are non-compliant under the provisions of CA 2013. The MCA deliberated on the gravity of such issues and decided to view the RO non-compliances very seriously.

New Rule 25B added in the Companies (Incorporation) Rules, 2014

In an attempt to ensure RO compliances by the companies, the MCA vide its Notification dated August 18, 2022 inserted a new Rule 25B (New Rule), in the Companies (Incorporation) Rules, 2014 to provide the modus operandi for physical verification of the registered office (RO) of a company by the Registrar, where it has a reasonable cause to believe that the company is not carrying on any business or operations. The requirements laid down in the New Rule are summarized herein below: 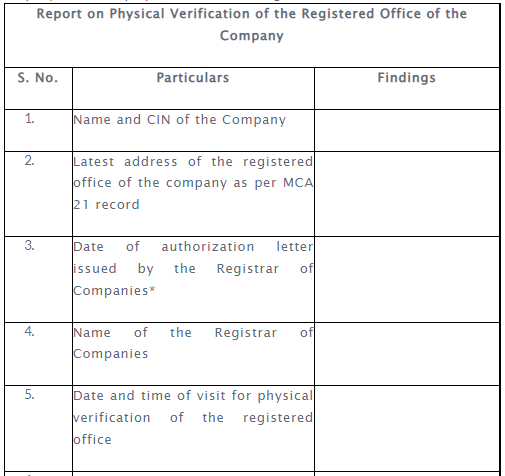 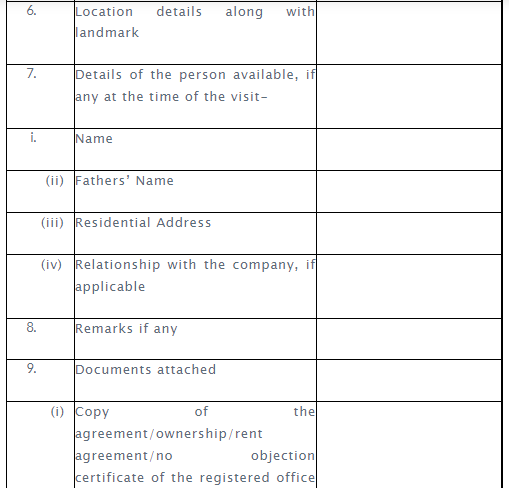 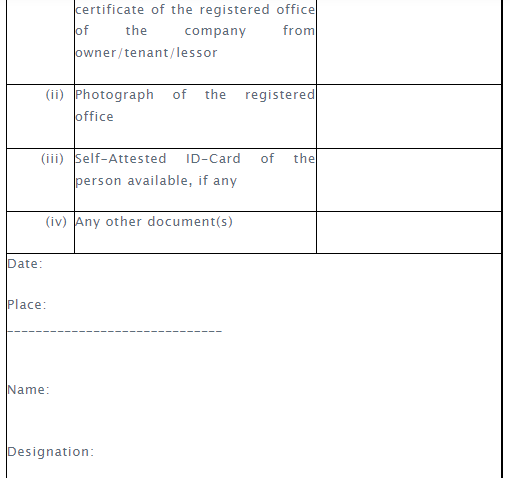 List of the key documents required to be maintained at RO

The CA 2013 cast a mandatory obligation on a company to maintain and preserve at its RO certain key documents [in physical and/or electronic form (to the extent permissible under the CA 2013)], which are enlisted below:

The CA 2013 prescribes different penalties which may be imposed on the company and its directors, if it fails to maintain the requisite documents listed under the different provisions of the CA 2013 and rules made thereunder.

Whether this MCA initiative will turn out to be an efficient tool in curbing the existence of fictitious/false ROs appearing on the MCA Portal and safeguarding the interest of the stakeholders which are often defrauded by fly-by-night companies, only time will tell. However, it is a warning signal for all the companies which are not adhering to the RO compliances provided under the CA 2013. It is advisable that the companies revisit their records maintained at RO and update them regularly to ensure aforesaid RO compliances (including but not limited to display of the signage board and maintenance of records) at the address furnished by them on MCA Portal to avoid imposition of the penalties for non-compliance and/or issuance of the show cause notice for removal of the name of the company from the register of companies, under the provisions of CA 2013

‘..the firm has a dedicated practice that covers, transactional matters, finance and disputes’ -The Asia Pacific Legal 500

‘..has distinguished strengths in claims resolution’ -The Asia Pacific Legal 500

‘..is widely respected for its wet and dry shipping expertise’ -The Asia Pacific Legal 500

‘..the firm has a dedicated practice that covers, transactional matters, finance and disputes’ -The Asia Pacific Legal 500

As per the rules of the Bar Council of India, we are not permitted to solicit work and advertise. The user acknowledges the following: There has been no advertisement, personal communication, solicitation, invitation or inducement of any sort whatsoever from us or any of our members to solicit any work through this website; The user wishes to gain more information about us for his/her own information and use; The information about us is provided to the user only on his/her specific request and any information obtained or materials downloaded from this website is completely at the user’s volition and any transmission, receipt or use of this site would not create any lawyer-client relationship. The information provided under this website is solely available at your request for information purpose only and should not be interpreted as soliciting or advertisement. We are not liable for any consequence of any action taken by the user relying on material/information provided under this website. In cases where the user has any legal issues, he/she in all cases must seek independent legal advice, as the material contained in this document does not constitute/substitute professional advice that may be required before acting on any matter.